I Muse...on a Scandal in Saarland

Autumn has arrived Down Under. So what better way to welcome a new season than a bit of a scandal...

The year was 1948. French stamp engraver Albert Decaris had submitted several designs for a new Saarland definitive series. The designs were accepted, three of which featured the faces of Saarland workers. But little did the French Postal Authorities know, these designs were based on photographs Decaris had seen and used without gaining permission from the original photographer, Ilse Steinhoff. Apparently, a long legal battle ensued.

After the stamps had been issued, the people who had had their photos taken saw themselves on stamps, and naturally they were quite shocked! Subsequently, an article was published in ILLUS magazine  revealing the faces the stamp images belonged to. As a collector I found seeing the original photos quite cool.

The 2f and 3f stamps depict a miner named Josef Holz from Hasborn at the harvest. 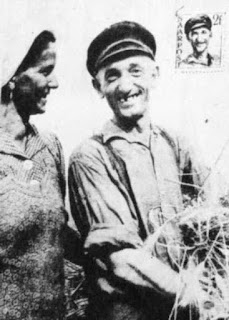 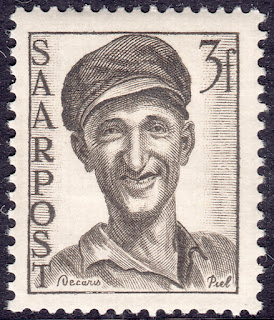 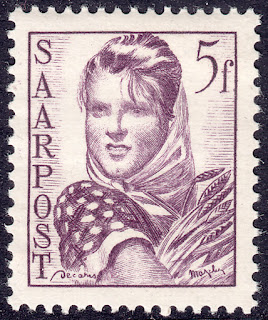 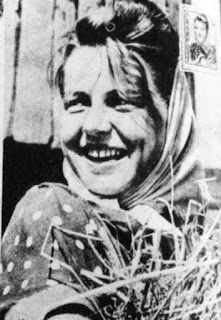 The 6f and 9f values depict Josef Holz standing proudly at the entrance of a mine. Incidentally, this image was used on the cover of ILLUS magazine. 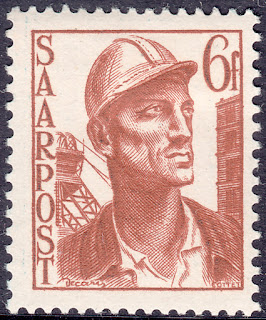 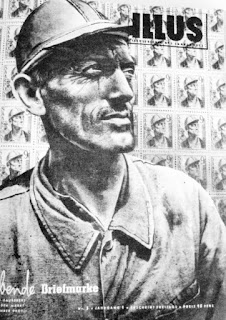 While searching for information on these stamps I also came across one of Decaris' sketch's for Holz standing before the mine. 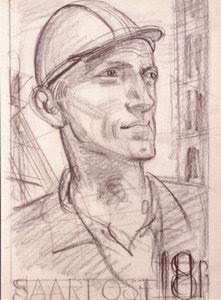 In case you are interested this article can be found in ILLUS 1948 No.3 - "The Living Stamp". If anyone knows where a copy of this issue can be purchased, please let me know. I'd love to have a copy of it for my collection.

Email ThisBlogThis!Share to TwitterShare to FacebookShare to Pinterest
Labels: * I Muse..., 1948, Saarland