It is known as "Africa in miniature" due to its geological and cultural diversity. You name it, Cameroun seems to have it. Beautiful mountains, beaches, deserts, even rainforests. Cameroun is also home to an abundance of natural resources, making it a prime candidate for agriculture. Indeed, an estimated 70% of the population farms something. So what would one expect to find growing on these farms? Well turns out, agriculture in Cameroun is as diverse as its geology and culture.

"Soils and climate on the coast encourage extensive commercial cultivation of bananas, cocoa, oil palms, rubber, and tea. Inland on the South Cameroon Plateau, cash crops include coffee, sugar, and tobacco. Coffee is a major cash crop in the western highlands, and in the north, natural conditions favour crops such as cotton, groundnuts, and rice." (Wikipedia)


In August 1946 Cameroun issued a set of 19 definitives comprising 6 different designs, three of which were designed and engraved by Albert Decaris. The first design, bearing the lowest values of the three Decaris designs, features banana porters. As mentioned above, there are copious banana plantations along the Cameroun coastline. Here Decaris has captured the true nature of the hard graft required to work in the farming industry. Clad only in loincloths to beat the heat, these porters labour along with massive loads balanced expertly upon their heads. 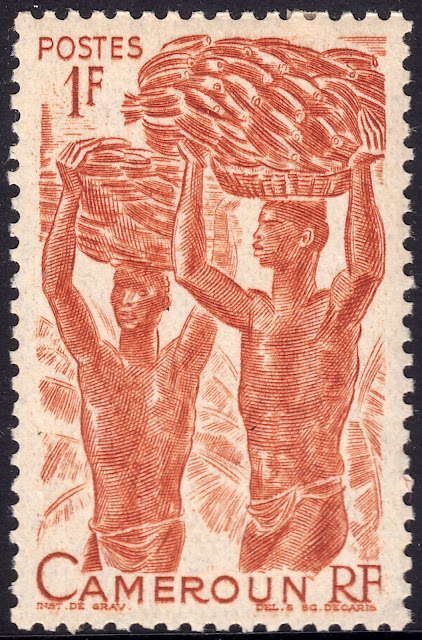 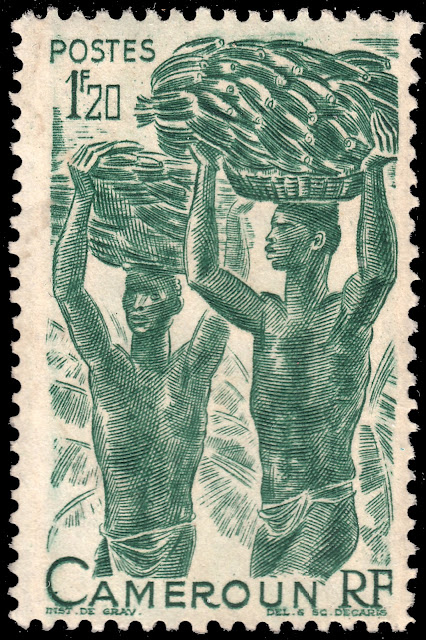 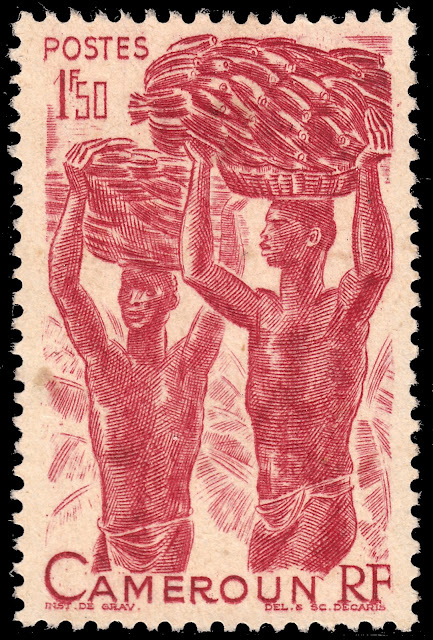 Email ThisBlogThis!Share to TwitterShare to FacebookShare to Pinterest
Labels: 1946, Cameroun