In a previous blog I studied the four stamps Albert Decaris designed and engraved for the 1948 Saarland definitive set of 13. This set was issued 1 April. For my quick run-down on the territory of Saarland, click HERE. Decaris designed all thirteen stamps in this set. As mentioned above four of these he engraved, the other nine of which he only designed. These nine stamps can be further broken down into four unique designs, each with its own engraver.

The first design depicts clasped hands. The theme of reconstruction after the ravages of WWII runs through this entire set. This particular design suggests co-operation in the reconstruction process. The design was issued in three values. This design was engraved by Dufresne. 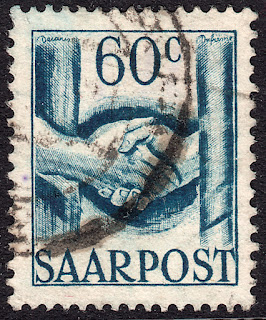 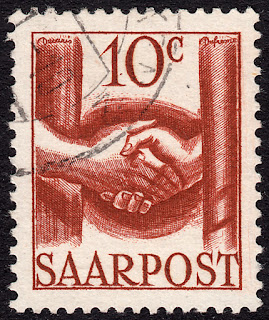 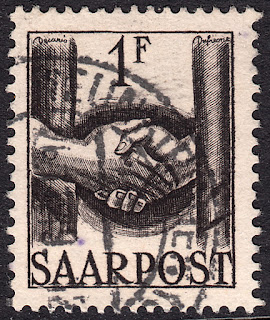 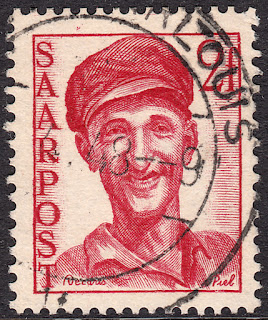 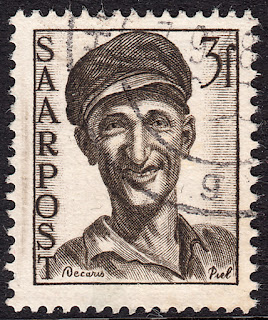 The third design type depicts a young woman gathering wheat. This design was used for two values. I can't quite make out the engraver's name on these stamps... 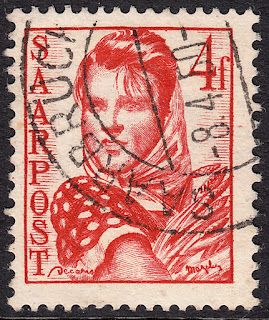 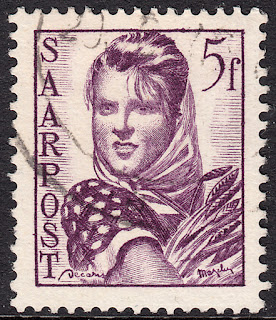 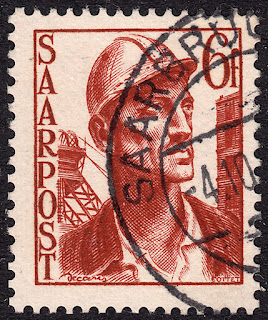 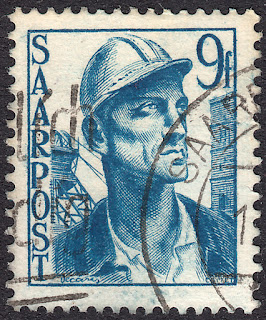 Email ThisBlogThis!Share to TwitterShare to FacebookShare to Pinterest
Labels: 1948, Saarland